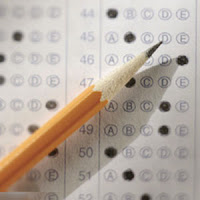 School districts in New York are facing increasing numbers of requests from parents that children be allowed to “opt-out” of state standardized tests. According to the NYS Association of School Attorneys neither the law nor commissioner’s regulations provide any legal right or mechanism for students – or districts – to opt-out of required state assessments.*

Background: What is the “Opt-out” Movement?
Nationwide grassroots groups opposed to standardized testing have become politically organized in the past couple of years. On April 4-7 various groups and opt-out promoters protested at the U.S. Department of Education at an event called “Occupy DOE 2.0: The Battle for Public Schools” in Washington, D.C. Speakers encouraged parents to contact school districts and request that their children be exempted from state tests. Template letters and resources have been provided electronically for parents to use in drafting such requests. It is important that school board members and district personnel understand the arguments that parents may raise in opt out requests. And all need to understand the potential consequences if students do not take state assessments and the options a district has to ensure compliance with the law.

Federal and State Assessment Requirements Do Matter
State governments’ testing programs are required by the federal No Child Left Behind Act (NCLB). While NCLB is a federal law that is expired, it is still in force. NCLB requires states to administer tests in English Language Arts (ELA) and mathematics in grades 3-8 and at least once in grades 10-12. It also requires states to administer testing in science at least once during grades 3-5, 6-9 and 10-12. The state’s accountability system requires districts to have a 95 percent participation rate in these assessments.

The NYS Education Department’s Office of State Assessment coordinates, develops, and implements the NewYork State Testing Program (NYSTP). NY’s assessment system includes the following:
Additionally, some students may take the:
However, the testing primarily at issue in the opt-out movement includes testing in ELA and mathematics for Grades 3-8 and testing in science.

What Does NYS Education Department Say About Student Participation?
Although some states have statutory opt-out provisions, New York does not. Except under specific exceptions, such as those involving students with disabilities, opting out is not permitted under state commissioner’s regulations. Steven E. Katz, SED’s director of the Office of State Assessment, addressed opting out of state tests in a six paragraph memorandum he sent to superintendents in January 2013. Katz stated:

With the exception of certain areas in which parental consent is required, such as Committee on
Special Education (CSE) evaluations for students with disabilities and certain federally-funded surveys and analyses specified under the federal Protection  of Pupil Rights Amendment (see 20 U.S.C. §1232h), there is no provision in statute or regulation allowing parents to opt their children out of state tests.

Katz also said: “All schools that administer state operational tests are also required to administer the field tests associated with them.”  Despite this memo, some anti-testing advocates still contend parents have a right to have students “refuse” to take a given test. A recent blog reported that an SED official said districts “are required to place a test in front of all students who are present during the administration or make-up period.” And, that SED explained that “[s]tudents who refuse to take any or all portions of these assessments are coded as ‘999,’ or ‘not tested.’ This code is not to be used as an opt-out option for parents.” While the response contemplates the possibility of a student refusing to take a test, it does not indicate this is lawful or permissible. However, anti-testing advocates may interpret SED’s statements differently.

What Are the Potential Consequences, Really?
There are potential consequences for students and districts when students fail to participate in state testing. As mentioned earlier, in accordance with NCLB, New York State requires each district to have participation of at least 95 percent of a school as well as subgroups of students that are evaluated in the state’s accountability system. Potential consequences include:

·     If a district does not reach the required 95% level of participation, it will not make “Adequate Yearly Progress” (AYP), and a district’s Title I funding will be affected. There may also be intervention consequences for districts that fail to meet AYP.

Districts’ policies and procedures for determining enrollment and promotion may be triggered. A district’s procedures for promotion to the next grade and/or determinations for enrollment into honors courses/programs or gifted and talented programs may be based on a student’s level of achievement on a state assessment.
·

It is unknown whether student refusals to take any state assessments will be considered in the calculation of a teacher performance evaluation under APPR. Without SED guidance on these issues, districts face the unknown if a significant number of students refuse to participate in state assessments.

Educate Yourself and Others
Thank you for your advocacy!

Portions of this blog have been excerpted from an article written by NYSASA
Posted by NYS PTA at 7:24 AM

Are We Willing to See Opportunity in Change?

Over the next two weeks, children in grades three through eight will be taking new State assessment tests based on Common Core State Standards (CCSS), one of several reforms that seem to be converging on schools all at once.  The stress of these tests along with the continual debate about the validity and use of each assessment makes it nearly impossible to separate the good from the bad and the ugly.

As far as the Common Core initiative, let’s ask ourselves:
PTA believes that it is because the “Common Core” is both evidence-based and speaks directly to our mission to provide every child a level playing field in order to reach his/her potential. At a time when technology and innovation are eliminating borders between competing countries, how can we not be open to that same evolution in how we approach education reform?

From its onset, NYS PTA members and parents have expressed their concerns regarding the CCSS initiative, such as whether there will be a narrowing of curriculum, the loss of the essence of the whole child, or the loss of academic freedom, whether it will appropriately address all abilities. Others voice concern about whether decisions are being made by those who actually know and have experience in the K-12 classroom, and about how students/educators are held accountable when many factors beyond the schoolhouse walls can and do impact student success.

It’s been said that you have to live the questions to find the answers. While there are valid concerns regarding reform, we must also ask ourselves:
In the end we must acknowledge that success will be best realized by those who know how to be creative in accessing and applying that information creatively.   If this is the goal of the Common Core approach how can we not work collaboratively to verify that this is indeed what is needed, what will work, and what will best ensure that every child receives a world class education taught by world class educators?

Change is hard and we know it often happens in the extreme.  This will be our experience under current education reform efforts -- transition is and will be anything but easy. But let’s also be realistic about how we assess where we stand at the moment. While perhaps not so in all communities, as a state and nation:

But children of every one of these populations deserve our best efforts. They deserve a level playing field that will prepare them to prosper in a global economy.  Our best efforts are not advanced by being adversarial but instead by being collaborative. Only then will we find the answers to the questions being lived.

So, rather than seeing education reform as hard, let’s broaden our perspective to view reform as a means of opportunity and hope for every child.  While there may be flaws in the process, let’s offer solutions in place of complaints. The final question to ask ourselves:  Isn’t the potential worthy of the challenge?